Over an 18 month period, beginning around January 2019, Subspace Labs conducted primary research and development towards the creation of a persistent, decentralized database anchored to a public, permissionless blockchain.

While we did design and implement a novel architecture for a decentralized database service, known as Subspace Database (SSDB), we were not able to launch the service as we could not find a sufficient blockchain to anchor on to. Instead, we were forced to spend the majority of our research time (with a requested no-cost extension) to design and implement a suitable public, permissionless blockchain, based on proofs of space and time.

Demonstrating the security of the blockchain architecture proved far more difficult than simply devising a working construction and it took multiple iterations of design and implementation work before we came upon a fully secure protocol. The end result was a secure, working ​implementation​ of a novel blockchain protocol in less than 10,000 lines of Rust and described separately in a​ technical white paper​.

Stay up to date with the latest Subspace news sent straight to your inbox!

Thank you! Your submission has been received!
Oops! Something went wrong while submitting the form. 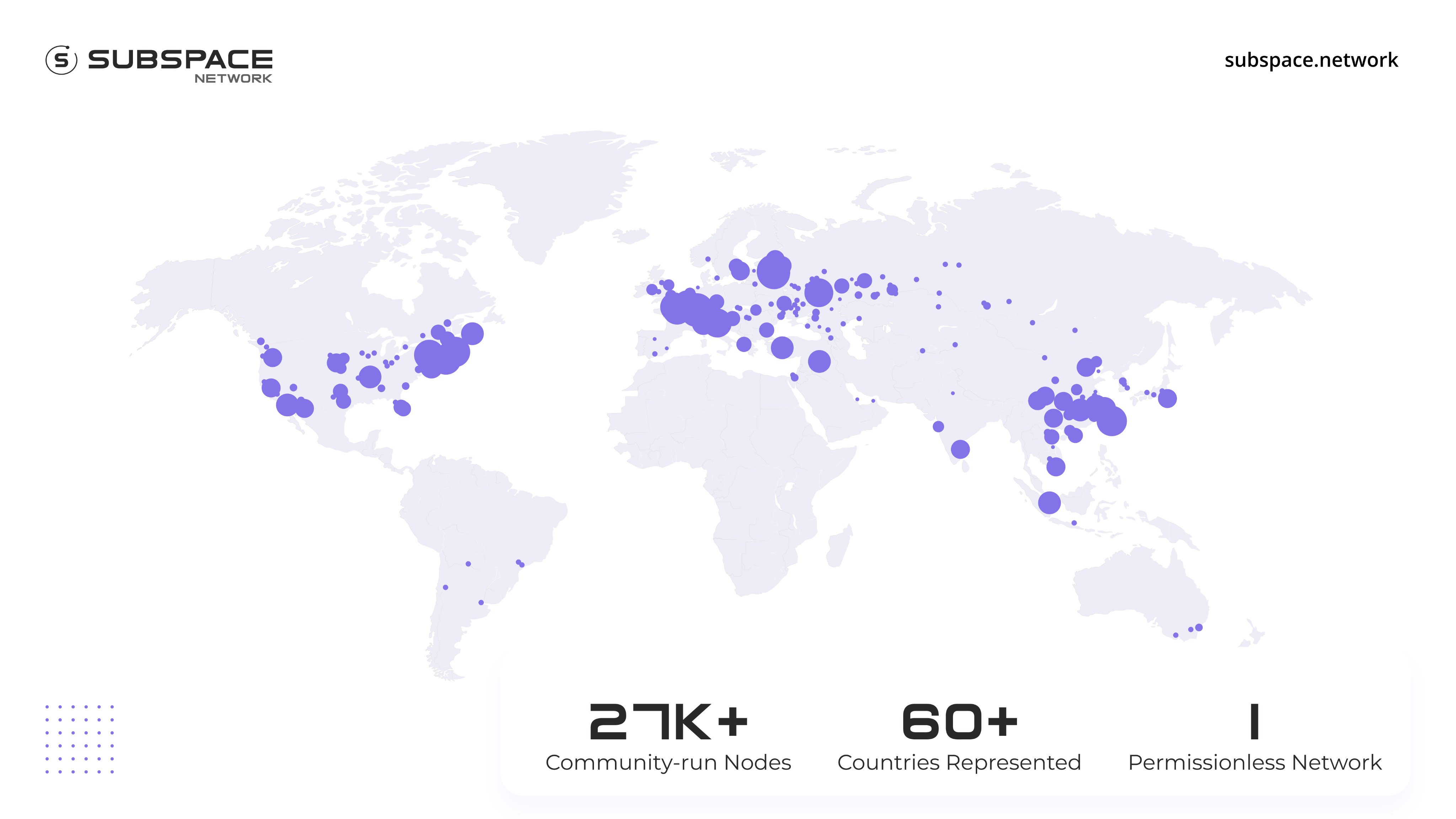 Subspace Labs is developing a scalable base layer for Web3, enabling blockchains and metaverses to run at Internet scale